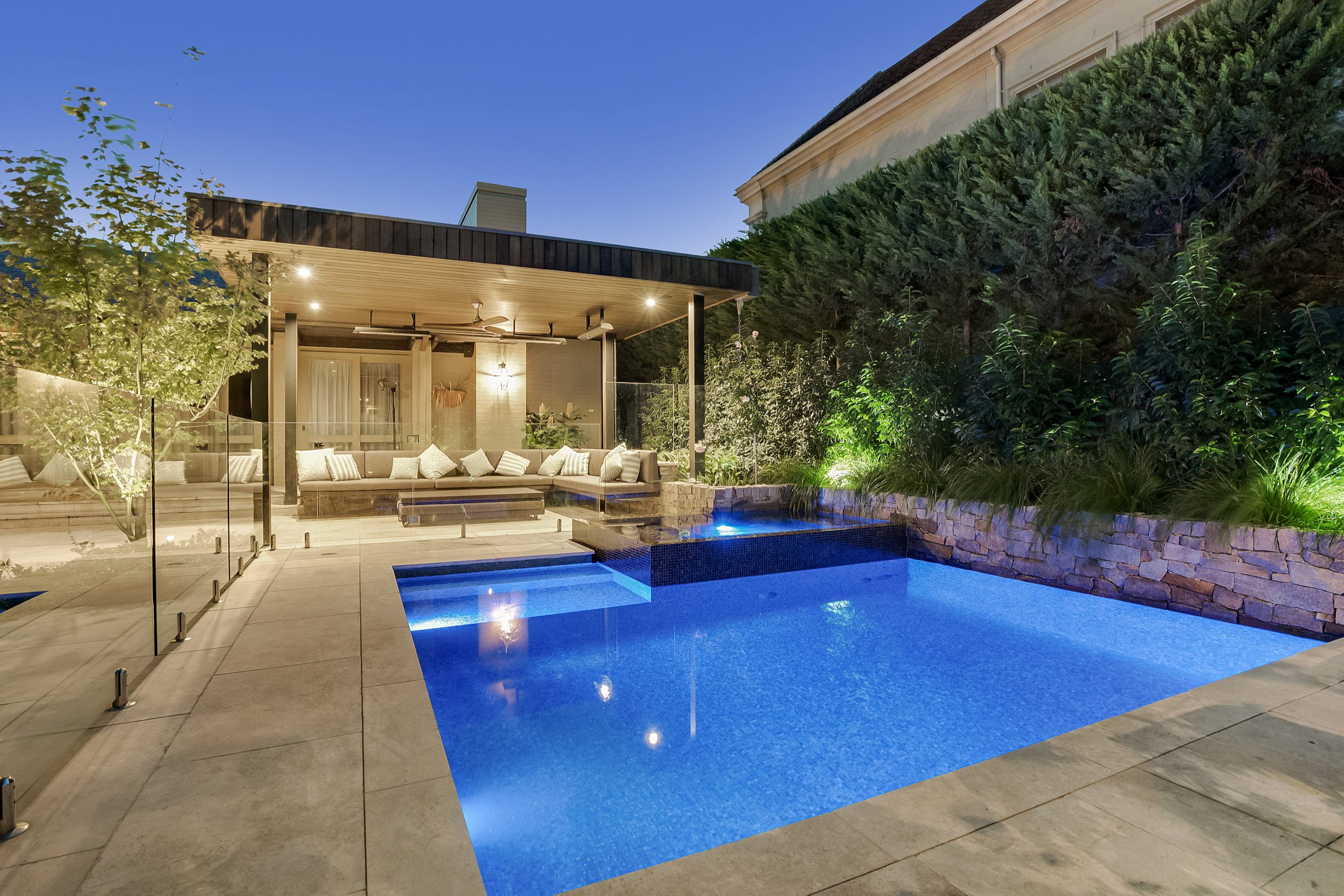 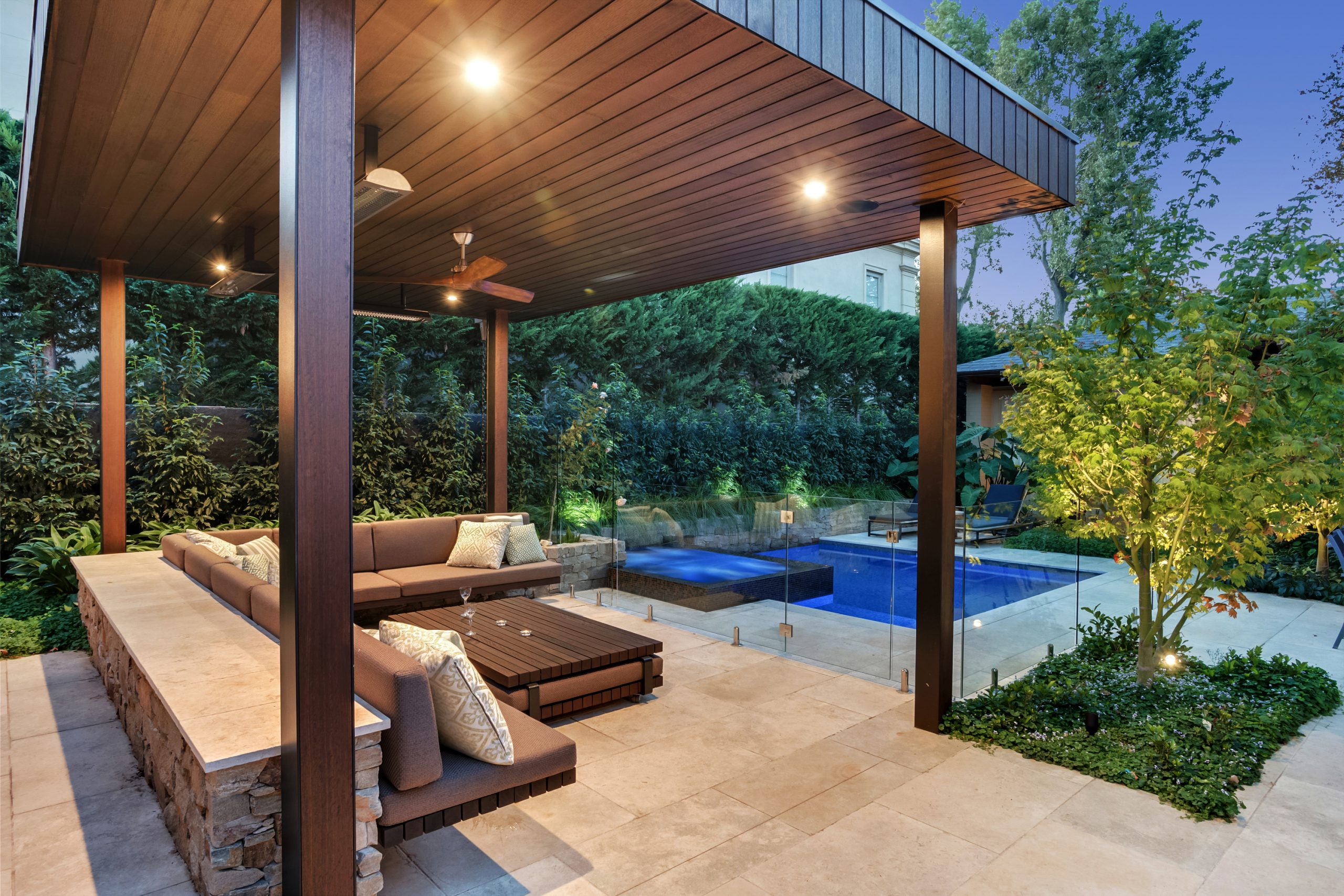 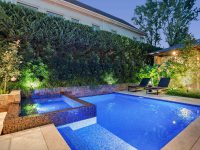 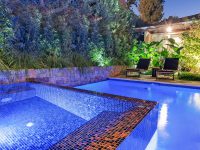 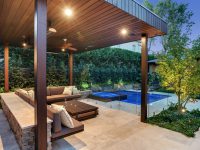 The pre-existing courtyard was dominated by a very large pool and spa that had not aged gracefully and did not encourage the resident family to venture outside to use the considerable space that is bound on three sides by the significant family home.

Having engaged Jamie Clapham to design a more useable courtyard, extensive modifications to the pool and spa were undertaken with a view to creating a modern swimming pool/spa combination that would not only be a place to cool off on a hot day but that would also create a stunning visual backdrop to an outdoor entertaining area.

A totally new spa was integrated in to a new location within the existing pool.  The existing spa became a feature planter box and a new pool wall set the boundary to the swimming and entertaining areas.  The fully (glass) tiled pool is highlighted by a retaining wall that runs along the boundary side.  The raised spa is fully tiled in a contrasting glass mosaic and has a negative edge to three sides.  The net result is a shimmering lightbox effect that appears to float out of the cool blue pool.  Considerable thought was put into both the pool and garden lighting so as to allow the owners to highlight the courtyard space when entertaining.

This pool and spa have been cleverly planned and meticulously constructed to create a thoroughly modern relaxing environment that sits very comfortably next to home of specific architectural design.